Koala no show around Brisbane.

So, tonight's the night as Rod Stewart once said. It's our last night in our little campervan and brings to a close this leg of our jaunt down under. We haven't travelled far, but we've successfuly managed not to see any Koalas despite many roadsigns advising us of their presence all around the coastal suburbs of Brisbane. We took the tourist road out to Wellington Point this morning. Along the way, we saw some ozzie roadkill (namely a dead kangaroo - nice a swollen in the mid morning heat and ready to burst by the look of it) and loads of signs for Koalas. Wellington Point is quite a calm and quiet part of thr coast around here. Its popular for fishing and watersports. The waters are very calm around here, and although tidal, various boat ramps and slips give easy access to the water. It was nice for once to spend some time next to the sea and not have the sounds of crashing waves on rock amd beach. As nice as thst sound is, it was a good change to have some piece.
Whilst there, we had a mesage and some directions for our next hook-up. 14 years ago, whilst working in Embrun, France, I worked with Cara. An aussie by birth, and someone whome I have stayed in touch with since. At the moment, Cara lives just outside of Brisbane, so it was a good excuse to carry out a threat made long ago, for me to come to oz and track her down. Today was that day. After dismissing a number of carparks because of the heigt restrictions, and our van being too tall, we chanced upon a parking space on a street, pulled up and wandered off towards the River to find Cara. In recent years, Brisbane has suffered some severe flooding, as has some other parts of Australia. Since this flooding has happened, many rebuilding projects have been carried out, including the river side which now accomodates a new artificial beach area for public bathing and many pubs, resteraunts and bars along its length. It was in one of these fine places that we caught up with Cara. This was only a fleeting visit. She's a very busy lady! After an all too brief meet up, Cara had to dash and head back to her studies, which left Ali and I to wander around the river area. We didnt really go anywhere else in Brisbane becuase we had to be back to beat the meter on the van. No gold bikini wearing girls topping your meter up around here im afraid.
We made our way from Brisbane to our final campsite  and our final leg of the journey. Tomorrow morning, we head to the Britz depot near the airport and leave the van so we catch our flight to Adelaide. Apparently, its warm there at the moment, in the region of the high thirties. I will be doing as what many of the oriental tourists seem to be doing in this fine weather, and wearing my jeans, long sleeved shirt, waterproof (with hood up) and surgical mask. Go figure :-) 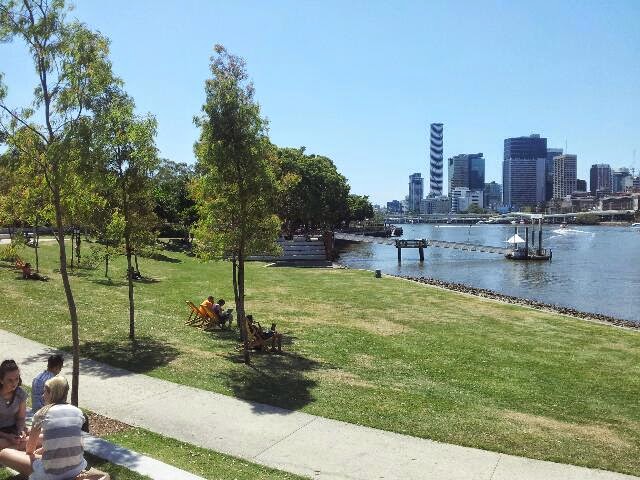 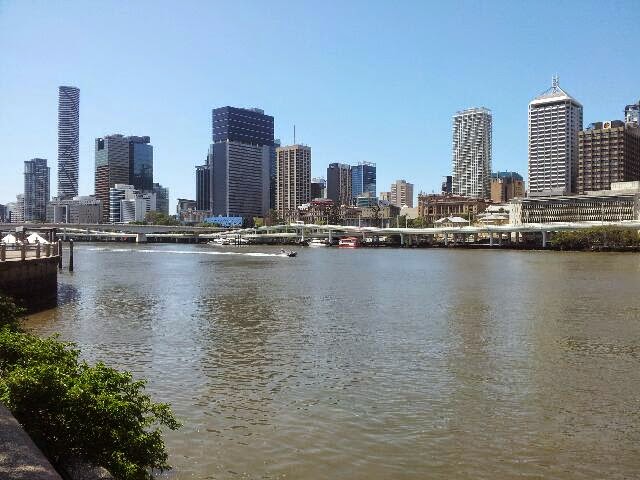 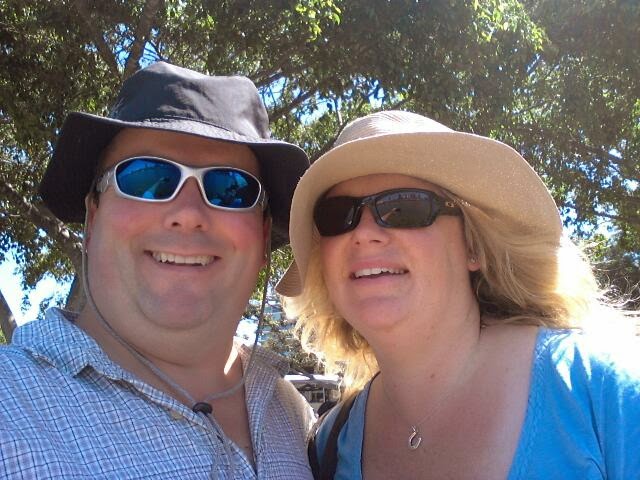 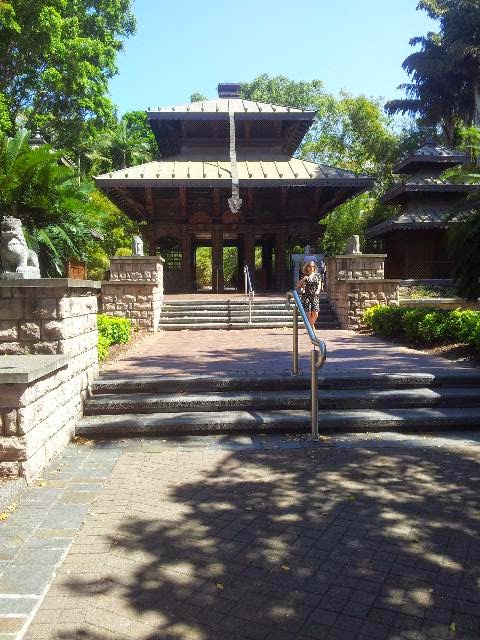 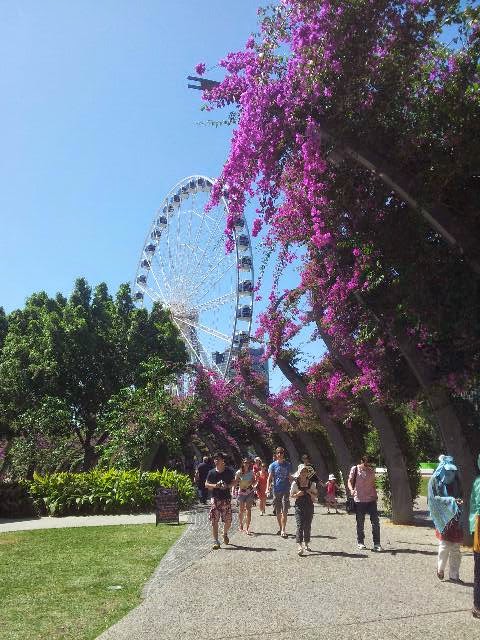