'Can all passengers please remain seated for a few more minutes while paramedics board the plane to see to a passenger in Economy' are the words that greeted us to Sydney when we eventually touched down last night.
Our first night was at the Rydges hotel just outside the international arrivals of the international terminal. The room was very good, modern and clean, but perhaps the best feature from the 7th floor was the view over the runways of the airport. We were one of the last arrivals of the night before the airport closed down for noise curfew, but this morning was excellent. We were greeted by the arrival of about 6 A380 aircraft all in quick succession, all terminating about 300 yards in front of us. Im not sure what the people get off the plane thought if they looked across to see me looking out the window in nothing more than my pants. But, it was a good way to start the day.
So, we've made our way into the city via train and cheked into our corner suite at the Amora in Sydney with views across the Sydney skyline. Room is good, if not a little tired and worn in places, but satisfactory no less.
In an effort to make up for not much moving around yesterday, today, we've mostly walked. And walked. And walked. In fact, sitting down has once again become a pleasure.
Mobile SIM acquired, and we were off splorin' what Circular Quay has to offer. This is one of the main ferry quays around Sydney and also provides tours, and jet boat rides etc. It's flanked by the Sydney Opera House and Harbour Bridge and is full of city folk going about their breakfast, dinner, and post work rituals. Fueled up on fresh orange from one of the quay side cafes, we walked around to the opera house. A fantastic building, and oddly enough, not as white as you might think, but nice nonetheless to be able to visit this iconic world landmark. Overlooking the Opera House there was a wedding taking place, where most of the congregation seemed to be happily standing around under white umbrellas. And it wasn't even raining. Bizzare. Anyway, photos taken, we then set off back around the quay towards the harbour bridge passing the bag drop off point for the latest cruise to depart Sydney. From this side of the quay, we could get the more familiar view of the area, and as we approached the bridge, we came across someone setting up for a wedding. That was a coincidnence. We past one of the those the other side of the quay. Of well I thought, if you know the weather is gong to be nice, then why not
?
According to the city map of Sydney, the Sydney Observatory wasn't far away, so I suggested we walk up to there to take a look. This meant walking under the harbour bridge. A fantastic feat of engineering, it's not until you walk under it that you realise how much more of the bridge there is other than just its span across the water. It seems to go on for ages on land too. Its built to support road and rail, and the popular activity of walking the arch of the bridge too. Through the morning, we saw dozens of guided groups being lead up the archways and then back down again. It wasnt until later than we realised that these people were paying on average in excess of $200 each for the pleasure. Just under the bridge, we came across a photoshoot - of a wedding, using the harbour bridge as a backdrop.
This is when we started wandering a bit, slowley winding our way up through the side streets until we found..... a pub :-) Excellent. The Hero of Waterloo was conveiniently timed for around dinner time, we decided to stop off and try out some food and beers, but only after passing another two photoshoots - of weddings. Again. As we come out of the pub, just to the right, we were presented with a mighty fine pair of domes. A bit green in colour. But symmetrical in every way, and quite large. Nice. These were the domes of the Sydney observatory which is built on the hill in the Rocks area of Sydney. It gives good views of the harbour area and has some lovely grounds which you are free to walk around. So we did. Whilst we were doing this, we came across something quite unusual. A wedding was being conducted in the grounds of the observatory with the couple using the harbour bridge as their backdrop whilst blasting out from a hidden tape recorder, More Than Words by Extreme. Yep, they love them down this way!
Anyway, back to the obsie. Built in the 1800's it is home to several refractor telescopes still in use today. Within the buildings, there is a museum which is free to walk around. However, interactive guided tours are also available for solar viewing and educational purposes along with evening observing sessions too. The various rooms and exhibits weave their way around two massive stone piers which support the telescopes above. Impressive in their own right.
So, that's about it for now. Appologies for dodgy spelling. Its getting late :-)
Cheers! 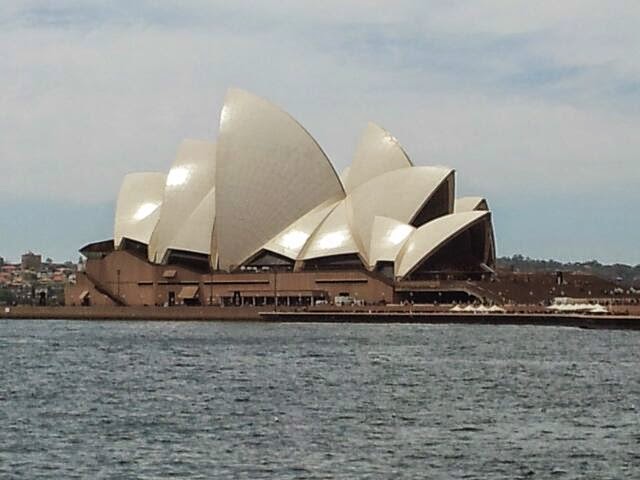 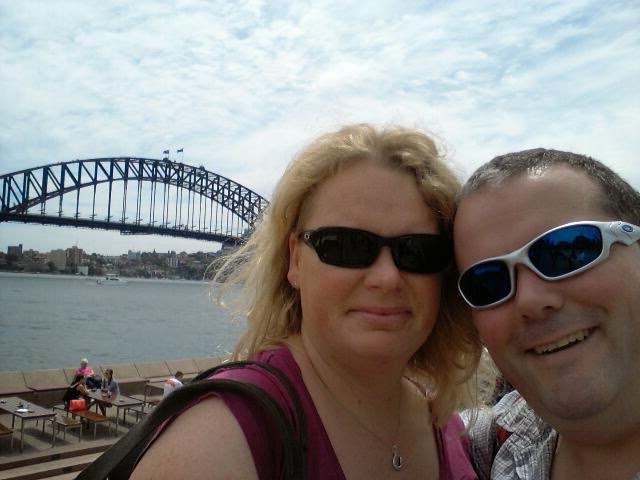 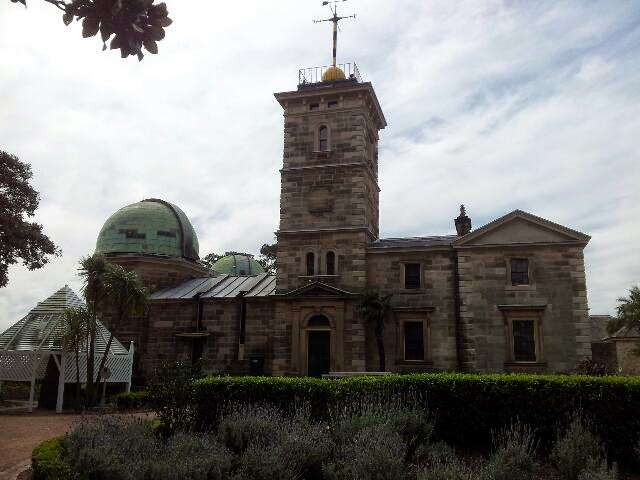 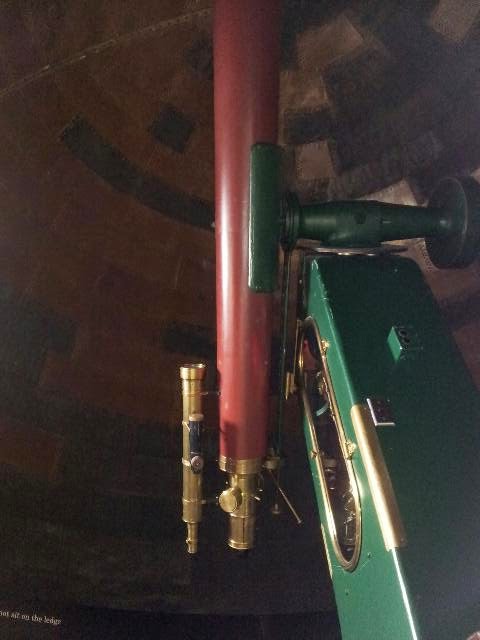